Water is a complicated element.

It drowns. It saves.

It holds memory. It washes away pain. 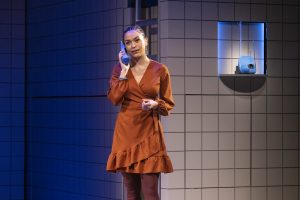 Lauren Steele in the ripple, the wave that carried me home. Shawnte Sims photo.

In Christina Anderson‘s new play the ripple, the wave that carried me home, now running at Portland Center Stage at the Armory, Janice (Lauren Steele) has moved a long way from her hometown of Beacon, Kansas. She lives in Ohio with her husband and children, quietly minding her own business, when a “young, chipper, ambitious Black girl” begins leaving messages on the family telephone. YCABG wants Janice to return to her hometown to speak at the renaming of a local public swimming pool in her father’s honor.

Janice’s childhood was steeped in her parents’ activism as they fought for the integration of public swimming pools in 1960s Kansas and taught scores of Black children to swim. But Janice got tired of the neverending activism and her parents’ civil rights politics and started her own life far away. Her first inclination is to refuse. And yet something pulls her back. Against the backdrop of the early 1990s Rodney King riots on the national news, Janice returns to Beacon to confront her past and grapple with her political inheritance. It’s a poignant and personal journey that culminates in a surprising conclusion. 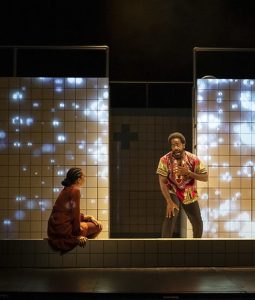 Joining Lauren Steele in this dynamic cast are Don Kenneth Mason as Janice’s father Edwin, Andrea White as her mother Helen, and Chavez Ravine as her aunt Gayle.

The show is directed by Daniel J. Bryant, who says, “…water is and always has been inherent in [Black people’s] spiritual practices–the essence of life, a place for renewal for baptism, honored and personified in the deity Oshun, the River Goddess of Love and Beauty, or Ocean Goddess Yemaya….” It also holds the trauma of the slave boats crossing the ocean, and the thousands of Black people who jumped overboard to join Yemaya, giving their lives to keep their humanity.

The production is a joint effort of Portland Center Stage and Artists Repertory Theatre, which makes its home at PCS while its theatre is under construction.

Scenic director Brittany Vasta has created a swimming pool set that is a thing of wonder, popping open and closed to reveal separate mini-sets and coming together in a wondrous finale of physical scene and videography depicting the reimagined swimming pool of the story. 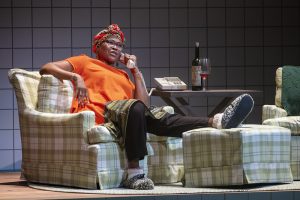 the ripple, the wave that carried me home was commissioned by the Berkeley Repertory Theatre, where it enjoyed its world premier in September. This is the second production of the play. It runs through October 30 at the Armory. Tickets are available here. 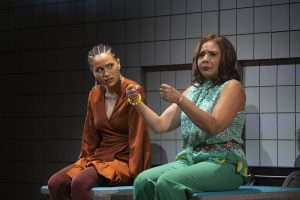 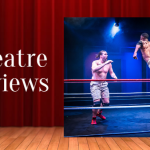 Kick them, punch them, throw them to the mat!Play Reviews 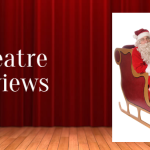