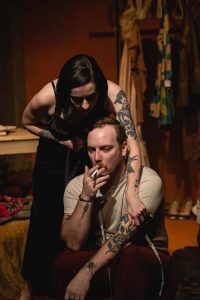 Adriana Gantzer and Aaron Cooper Swor in Everything You Touch. Sleeper Studios photo.

This quote must have stuck in Sheila Callaghan‘s craw while she wrote Everything You Touch. Theatre Vertigo‘s production, now onstage at the intimate Shoebox Theatre, is a play about a narcissistic, body-shaming 1970s New York fashion designer named Victor (Aaron Cooper Swor), his “muse” Esme (Adriana Gantzer), and the young, full-figured Jess (Kaia Maarja Hillier) who is down on herself because of her size.

Little good can be said about Victor, who screams, rants, and berates his models and the fawning Esme during the preview of his 1974 spring collection. Flash forward 30 years, we meet Jess and her business associate Lewis (R. David Wyllie) taking a burrito break from work.

On a visit to a bar, Jess meets and takes home a man named Victor–a fellow who looks and behaves just like the fashion designer of 30 years ago. While the situation is far from ideal, this version of Victor agrees to return to her home town to visit her estranged dying mother, and surrealism creeps into the drama. Back in Victor’s studio, 1975, Esme gets the boot and Louella (Shandi Muff) replaces her as Victor’s muse. Wimberley Marshall, Jess Perry, and Justin Charles fill the roles of models.

Everything You Touch director Jessie Hirschhorn calls the play “a story about breaking the cycle” of body-shaming. “I hope that this story can help anyone who is struggling with their own body to remember that the journey begins with learning to accept and love the skin you’re in.” 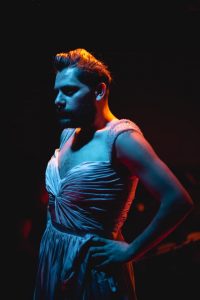 Justin Charles, a model, in Everything You Touch. Sleeper Studio photo.

This play was disturbing and yet important for me to watch. Like many women my age, I was body-shamed at an early age. Though most of my discomfort with who I am was a product of the opinions of my parents and the rigid culture of the times, it has taken me decades to be at peace with myself. I am grateful to the playwright for providing voice to those who have experienced body-shaming and to show the shamers for what they are. 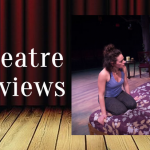 The loneliness we inhabitPlay Reviews 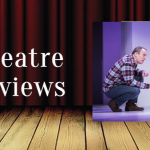