After a week in Tucson, I’m starting to relax. Abandoning Portland this time of year has become a necessity. Today, we walked in rainy 57 degrees–a good 20 degrees more than I’ve been accustomed to.

A walk in the woods near Tucson, Arizona.

It’s been mostly sunny, and I feel more like myself. After months of financial finagling, I have made the decision to retire from a part-time job I’ve held for nearly three years, and have announced said intentions to my fabulous employer. The very idea of not working (except for writing, of course, and some dog sitting for my favorite four-legged friends) or not looking for work, is something I’m unaccustomed to doing. There will be the necessary period of adjustment. I can handle it.

Happy retirement to me!!!

Bong Joon-ho is quoted as saying the secrets to his success are: Write. Drink coffee. Don’t talk to anyone. He nailed it.

Yesterday I finally saw Parasite. I plan to see it again very soon. It works on so many levels, and contains such a richness of universal but oft-ignored truths on the ways of the world, and homo sapiens in particular, that I beheld the goings-on in awe. The best part for me was the black humor. The escalating plotline popped with surprises, often hilarious. I awoke this morning with the vision of Jessica sitting on the lid of a spewing toilet during an epic flood. Texting. It just doesn’t get any better than that. 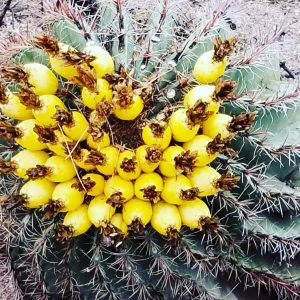 Spikes on a barrel cactus.

I have a motto for my writing, too: It’s the story, stupid.

The most pressing thing I did today was make a photographic study of spikes. The damn things are on nearly every plant in Arizona. Some of them even jump at you. Everything I love is at my fingertips: family, Nature, warm weather, good food, great Mexican food. Walks. Movies. Oranges on trees. An animal friend named Dexter.

Another full week of battery charging awaits. Meanwhile, I will launch an ad campaign on Facebook beginning February 28. You may find and purchase all of my mystery novels on this website, and at Amazon.com. In Spokane, look for Blackthorn at Auntie’s Bookstore. 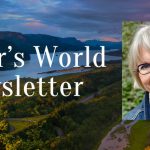 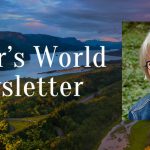