Ithaka Tell in The Enemy of the People.

Presented by a diversity of local artists, some new and just learning the game, and some seasoned professionals, the 10-day event, now in its 13th year, guarantees anyone seeking mid-winter entertainment a show they will enjoy. Of the 37 projects, five were awarded a $500 GROW Award, and 10 were selected for the new GROW Light designation.

In keeping with the limitations of a highly contagious and ongoing plague, Fertile Ground is mostly virtual this year. However, live performances are available in some cases. While most of the plays are available to stream free, donations are suggested and most welcome, according to Nicole Lane, festival director.

Below is a short sampling of a few of this year’s offerings. For more information on all 37 FG projects, click here.

The Knowledge of Good and Evil by Valerie Yvette Peterson, addresses the family issues of aging, secrets, and how dementia impacts the lives of everyone it touches. Fun fact: actors Christopher Brackett and Royal Harris, cast as two brothers, have known each other since grade school! GROW Award recipient.

The Misadventures of Missy Black: A Pirate Play with music by Riley Anna is the family-friendly fable of a pirate queen filmed on location at Cafe Delirium (as the pirate ship) in Gresham. Directed by Maddie Nguyen, it is a production of Do It for Mead Productions, features University of Portland students, and promises lightheartedness and fun. Avast me hearties! GROW Light selection.

Cosmogonos by actor/playwright Ajai Tripathi is a short play that explores the mythology and culture of Mexico and India through shadow puppetry. Tripathi, who claims heritage from both countries, shows rather than tells the creation myths of both cultures and finds surprising similarities. GROW Award recipient.

The Enemy of the People by RaChelle Schmidt re-imagines the Ibsen play in modern day Portland.  An economically depressed community eagerly awaits the opening of a warm springs resort that is sure to bring a much needed economic boost. As the town looks forward to prosperity, the resort’s lead medical advisor discovers pollutants in the waters that threaten to derail the entire project and the hope of the town. GROW Light selection.

Alma’s Wish This new original performance by Leaven Dream Puppets founders (their Magic Fish premiered at FG 2019), weaves folk beliefs and current events in a fable-like production, drawing also on the Czech tradition of socially engaged puppetry. Written by Anca Hariton with puppets by David Woodin. Original songs and sparse poetic narrative add layered meanings and wonder to an artistic performance dedicated to families and audiences of 9 and up. GROW Light selection.

Crossroads to Chambersburg In this fully staged, filmed play about racism in America, playwright Fred Cooprider imagines the dialog between John Brown and Frederick Douglass in August, 1859, at an abandoned stone quarry in Chambersburg, PA prior to Brown’s attack on the federal arsenal at Harper’s Ferry.

Fertile Ground was launched in 2009 to provide a platform for local theatre companies to showcase their commitment to new work. The festival encourages all artists, of all backgrounds and disciplines, elevating a wide swath of voices and generating an exciting array of arts-centric offerings. Fertile Ground establishes for both artists and arts patrons that our community is truly fertile ground for creativity, innovation, and daring acts of performance.

A complete schedule of the 2022 Fertile Ground events is available here. 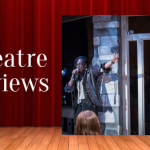