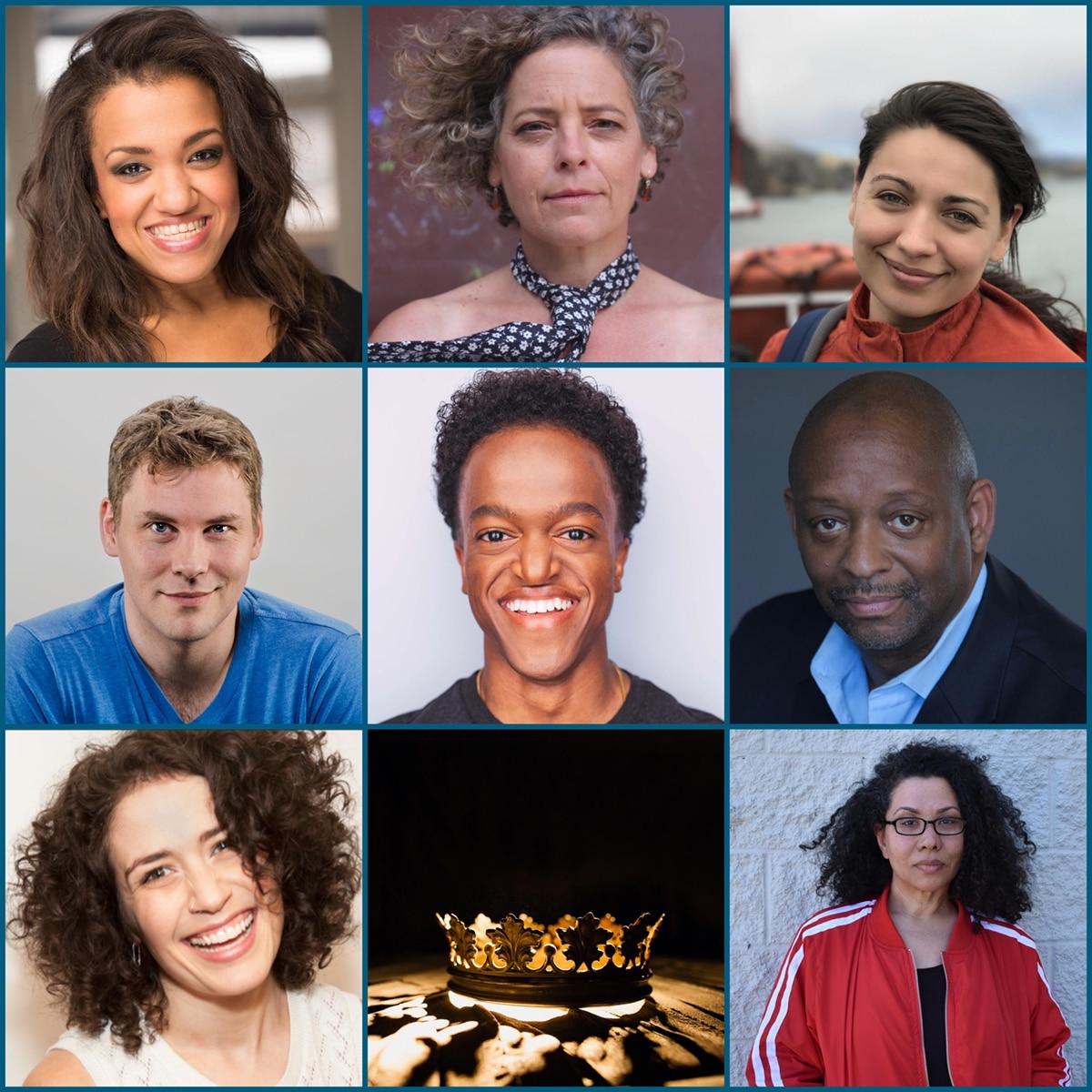 Queen Marie-Therese (Crystal Ann Munoz) is having a difficult time in the French court. She was hauled from Spain to marry King Louis XIV (Chris Murray). Deemed the ugliest member of the court, she is spurned by the palace elite. She is lonely and spends her days gambling. Her husband Louis is a boor. His children, begat with various mistresses, roam the palace halls raising hell. And, just this morning, Louis le Roi coughed up a huge WORM! Just when things couldn’t be more ghastly, a mysterious box arrives for the queen and out jumps Nabo (Rance Nix), a small person, a slave captured from his homeland, Dahomey. A gift to the queen. Her fool and servant.

Lynn Nottage‘s Las Meninas is currently available as an audio streaming production from Profile Theatre. Set in 1664, this clever and mostly true bit of historical fiction is narrated by Louise Marie-Therese (Lauren Modica), mixed-race daughter of the queen, from her convent cell in 1695, and by Nabo.

The Fool played an important role in the literature of the times, and was often used by Shakespeare as a device to point out the foibles of the royal courts. Nabo is no exception, and has plenty to say about the goings-on in the French court. At first,  Marie-Therese is cruel and dismissive of Nabo, viewing him as nothing more than her pet. The relationship shifts as both come to realize they have an ally in each other. Both are others, brought to the court through no choice of their own, both far from their homelands. Wise fool or no, history is seldom kind to outsiders. As the queen and her fool fall in love, the story’s trajectory becomes that of a world-class tragedy.

Once again, Playwright Nottage shines a light on the trafficking of souls. In Portland Playhouse’s recent audio production of Mlima’s Tale it was animals, in Las Meninas it is humans.

Palace intrigue is always a good story theme. If one listened to this production for nothing else, one could take grim satisfaction in the gossipy nastiness of it. But Nottage employs satire, and even silliness, to address more serious issues. She turns the story on its head, making it a play that satisfies on many levels.

Currently, Las Meninas is streaming free exclusively to Profile Theatre members. The play will be available to the public beginning January 4 through January 17. If you are not a member and can’t wait until January 4, Profile audio memberships are available currently at 25% off regular price. Tickets are available here.