“We’re in muddy waters. They want heroes and villains, and to get there they’ll lie about the mud.” Dr. Lee in The God Cluster

2029. The year of the God Cluster. Another pandemic rages worldwide.

In a vaccine development laboratory Dr. Lynne Lee (Tonya Jone Miller) pokes at a body lying on a stainless steel table. It appears to be breathing and then, after a couple moments, the breathing stops. “This isn’t a WHO-dunnit, it’s a WHY-dunnit,” she tells the audience.

The world premiere of Ernie Lijoi’s The God Cluster: a Queer pandemic revenge play is onstage now at The Back Door Theater. Staged by Fuse Theatre Ensemble, it’s the featured event in the tenth annual OUTright Theatre Festival in Portland.

Dr. Lee has won the Nobel Prize for her research into temporal seizures versus religious vision. During this research, she has developed a few theories of her own that go beyond the realm of by-the-book medical research. When Dr. Adala Nasir (Alexandria Hunter) becomes her research assistant, Dr. Lee quickly assigns the younger woman to processing research paperwork. Lab associate Dr. Howard (Rusty N. Tennant) and Dr. Nasir are off to a rocky start. This proves to be a mere sidebar, however. Dr. Lee, a neurologist engraged by a history of queer trauma at the hands of religious people and emboldened by an impending climate apocalypse, has gone rogue. Will her discoveries set the world on its ear or  save it? And, with Adala poking around in those files, will Dr. Lee get the chance to try them?

In this fascinating and well-considered play by a playwright who was inspired by his work as an ICU respiratory therapist during the pandemic, Ernie Lijoi shines a light on a plethora of issues running rampant in our society including: the question of medical consent brought to light during the Covid pandemic; the unrelenting prejudice against LBGTQ people who are victimized by religious groups; the vast problem of incurable violence that plagues our culture. I hope to see more work from this playwright. 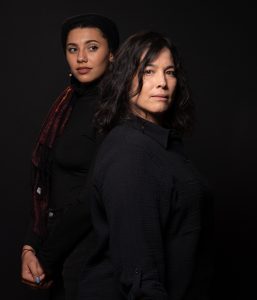 Dr. Lee claims she has a solution. Are you ready for it?

It runs through June 26 at The Back Door Theater located through Common Grounds Coffee Shop, 4319 SE Hawthorne Blvd., Portland, 97215. Tickets are available here. 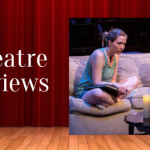 Taking it to the limitPlay Reviews 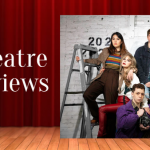