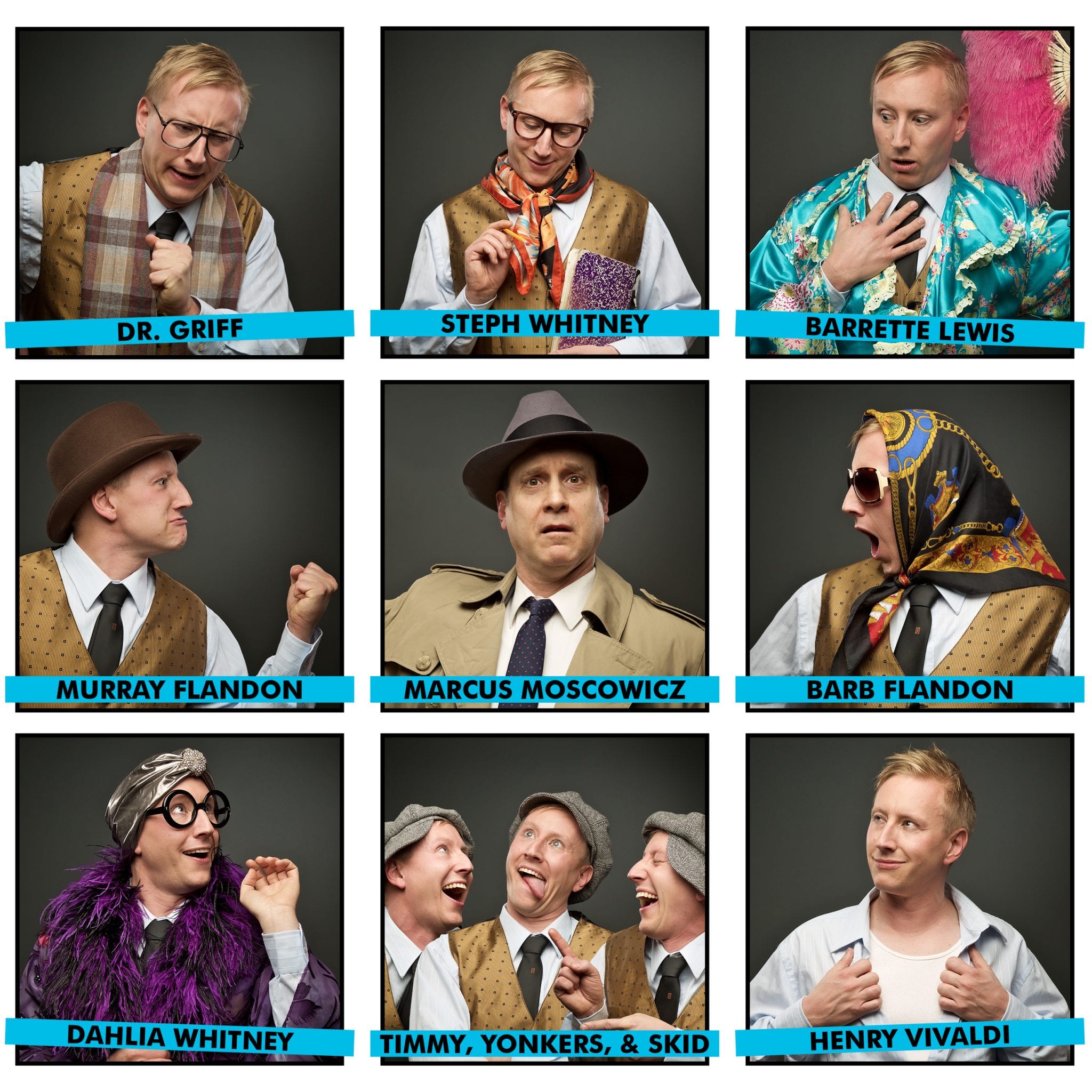 In this Agatha Christie-esque musical comedy, Saffert plays the 10 suspects who were guests at the famous novelist Arthur Whitney’s birthday party when Arthur was shot dead. Arthur, it appears, had the dirt on everyone at the party, and was fond of airing his friends foibles (and worse) in his books! Barney Stein plays the somewhat bumbling Marcus Moscowicz, a small-town police officer who has dreams of becoming a detective.

Saffert owns the stage. With eye glasses, scarves, hats, and the occasional boa or fan as costume changes, plus split-second alterations in  voice and facial expression, he darts through the different roles at an exhausting pace. He never misses a beat. Moscowicz plays the straight man, interviewing and refereeing the plethora of ridiculous suspects.

And the music? Both Stein and Saffert are more than competent on piano, and one of them or both of them are playing throughout the show. Saffert most recently appeared in A Liberace & Liza Christmas at CoHo Theatre, and works as a Liberace tribute artist. He has played piano locally for Portland Opera, the Oregon Symphony and others. Stein has been music director for several shows at Broadway Rose, including Always…Patsy Cline  in 2009, and will be music directing its upcoming revival of the show this spring. He also plays jazz in local clubs.

Murder for Two is directed and choreographed by Broadway Rose Managing Director Dan Murphy, with musical direction by Jeffrey Childs. Book and music are by Joe Kinosian; book and lyrics by Kellen Blair. With the company’s new season called Season of Irresistible Fun, it is off to a great start. The show runs through February 25th at the Broadway Rose New Stage, 12850 SW Grant Avenue, Tigard.