Thanks to Julia, Child of God, chef at the Little Sisters of Hoboken Convent, 52 holy sisters have expired. There was a small problem with the vichyssoise, and the resulting 48 funerals have cleaned out the convent’s coffers. Thus, four deceased sisters are stored in the convent deep freeze until they can be laid to rest.

And quite a show it is! Be prepared for excellent singing, dancing, and plenty of jokes of the ecumenical persuasion, not to mention a ballerina, and a trash-talking puppet. There is a reason this musical is called Nunsense. Inspired by vaudeville shows, it’s a rollicking two hours of fun for all ages.

The book, music and lyrics for Nunsense are written by Dan Goggin in 1985. What began as a greeting card line went on to become the second-longest-running Off-Broadway show in history. Broadway Rose Artistic Director Sharon Maroney directs the show, with choreography by Dan Murphy and music direction by Jeffrey Childs. Scenic design is by Larry Larsen, costumes by Grace O’Malley, lighting by Jeff Forbes, and sound by Brian K. Moen. 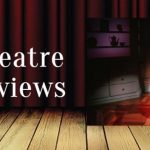 Buyer & Cellar is full of laughs and titillating gossip!Play Reviews