Just to clear the air, let me begin by stating the obvious: it has been a stinking time for the Arts.

No openings, no shows, no dear little cocktails and social mixing with the great and the good. The smell of the grease paint, oil paint, or what have you has not been present in the greater Portland area for several months.

And yet, we persevere. The creative community has been active, if a bit hidden. In the next few days, you, dear theatre aficionados, will be showered with the results of creativity within the theatre community, beginning tonight with the opening of Fuse Theatre Ensemble‘s 2020 OUTwright Theatre Festival, BE-YOU-T.

This year’s festival features the works of five playwrights from the trans and/or gender nonconforming communities to celebrate Pride Month.

Originally presented as part of Fertile Ground 2019 and nominated for a 2019 Drammy for outstanding original script, the play
centers on Baron and Rey in the days and months following the Apocalypse. This timely script confronts isolation, hoarding, fear, racial tensions, supply chains, and riots–all major
themes in our lives today.

Thursday, June 25’s reading of Sensitive Guys by MJ Kaufman deals with a group of young men on a college campus who are dedicated to honoring and respecting women and helping to implement equity practices campus wide until one of them is accused of sexual misconduct. The cast of gender nonconforming or female identifying artists, directed by Tamara Carroll, include Tara Hershberger, Gabie Mbenza-Ngomi, Cat Miller, Greyson Murray, and Danielle Neblock.

Kait by Rebecca Jae Petchenik will be presented on Friday, June 26 at 7 p.m. Directed by Sara Fay Goldman and featuring Ithica Tell, Andrea White, Shareen Jacobs, Shani Harris-Bagwell, Mishelle Apalategui, Gabie Mbenza-Ngoma, Alex Blesi, and Atlas Marshall, Kait is about a second-hand sex robot, the first artificial intelligence. But is she alive? Caught between worlds, who will defend her?

The festival’s feature production on Saturday, June 27, 7 p.m. is The Fear of Speaking, written and performed by Jane Comer. Public speaking is one of the most common fear among humans. Welcome to Ms. Comer’s Public Speaking class. Today is the day of the final presentations, but what happens whenno one shows up and Ms. Comer is forced to perform each of their speeches? What do we learn about her students? What do we learn about her? A testimony to the importance of owning and sharing our stories, Comer, a pioneering trans performer, takes us on a rollercoaster ride of shifting characters and emotions culminating in a solo show that makes us all feel a little better about who we are and who we can be for each other.

The Queers by Mikki Gillette and directed by Sarah Andrews airs Sunday, June 28 at 7 p.m. The reading features  Alex Blesi, Sara Fay Goldman, CR Hostetter, Kate Mura, Juliet Mylan, Rebecca
Petchenik, Troy Sawyer, and Robert Torres. The Queers revolves around Lisa, a teacher at a local high school. Lisa is also transitioning. Festival favorite and Portland’s own Mikki Gillette returns with a searing social commentary about what it means to be openly trans in the workplace.

All performances are free; however, any and all donations are appreciated. For those wishing to stream the shows, please visit Fuse Theatre Ensemble’s Facebook and Instagram pages for the link. 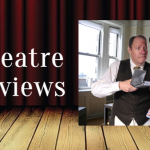 Still hilarious after all these yearsPlay Reviews
Claudia, A Love Story, takes us on a world tourPlay Reviews