As an abrupt departure from my usual theatre review, I offer up the following inexpensive and free theatrical performances, confident that you will find something to enjoy here!

Every July, Portland Center Stage at The Armory bursts at the seams with new play energy. JAW (short for Just Add Water): A Playwrights Festival gathers artists from all over the world and fills the building with playwrights, actors, directors, dramaturgs, stage managers, production assistants, and sometimes even dogs and babies. At the end of this hurricane of new play development, PCS open the doors to share it all with the public. During the JAW Big Weekend, audiences are treated to staged readings of brand new scripts and a kickoff event featuring work from its Promising Playwrights, a collection of 10-minute plays written by local high school students. Free workshops, eclectic performances, and other exciting events round out the weekend.

JAW is always the last weekend in July, and this year runs from Friday July 26-Sunday July 28. If you haven’t been, it’s really fun!

Tonight Nothing is new work created and performed by Merideth Kaye Clark and Katherine Murphy Lewis that follows the paths of two long-term friends, Kaye and Em, who must find their way back to themselves and each other. From garage sales to magical encounters in an attic, this journey asks us to unpack the many things that make up a legacy. What we leave, or don’t leave behind? and how we let go? From the Ground Up, a Portland based non-profit that utilizes the performing arts to elevate marginalized voices and bring important stories to the forefront, is proud to produce this, their first professional work, in partnership with CoHo Productions. Tonight Nothing will be presented as a workshop in performance at CoHo Theatre July26-28. Contact CoHo for tickets.

Building on a four-year history of successful play development through Proscenium Live exposure, the 2019 Festival will offer new plays by each of these playwrights: Linda Alper, Susan Mach and Carl Sander. All plays will be performed in a staged reading format, and feature some of Portland’s most talented actors.

Linda Alper’s new play, The Best Worst Place, follows Eva Broder, a European adolescent refugee who grows to maturity in one of the most crowded, corrupt, crime-ridden and unhealthy places on the planet. During her journey to adulthood, Eva discovers how her life is interwoven with that of others and what kind of responsibilities – even under extreme adversity – she has the courage and obligation to embrace.

The Best Worst Place examines 1937-1947 when 18,000 European Jews fled their countries only to be refused entry to the United States, Canada, Mexico, South America, South Africa and Australia. Only Shanghai, the colorful and corrupt international city teeming with displaced persons from around the world, accepted them without visas. Although originally allowed anywhere in the city, the Jewish refugees were eventually forced into a square mile ghetto, which they shared with 100,000 of the poorest Chinese. Written for family and young adult audiences, the play is part coming-of-age, part adventure story and part exploration of a fascinating, nearly forgotten piece of history.

At the end of the trial scene in The Winter’s Tale, Apollo’s oracle states that “the king shall live without an heir if that which is lost be not found.” At this point in the play, Hermione appears to both Leontes and the audience to have died, but is actually whisked into hiding by Paulina. Perdita, the lost child, is rescued by a shepherd. At the beginning of Act IV, Time describes the sixteen years of Perdita’s childhood as “growth untried” (4.1.6). In Water from Fire playwright Susan Mach imagines what happens during those years.

A comedic purge of the national trauma brought on by the events of November 8, 2016, Mercer Island Misalliance is Carl Sander‘s adaptation of George Bernard Shaw’s Misalliance updated to the 2016 election, and moved to the lakeside estate of Mrs. Julia Tarleton of Mercer Island, an upscale community just east of the deeply Blue city of Seattle. The adaptation uses the quaint rituals of America’s sincerely liberal, but largely oblivious, West Coast upper middle class in the early 21st century to explore questions of national identity laid bare by the election of Donald Trump.

And, from August 9-17, with two preview performances, the alumni of Staged! presents the rock musical, Hair. With book and lyrics by Gerome Ragni and James Rado and music by Galt MacDermot, this groundbreaking show is a political piece of art showing us a peek into the past while observing the universal want for a more beautiful and peaceful world. 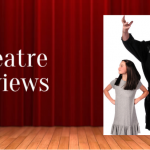 Matilda: ‘the anarchy of childhood’Play Reviews 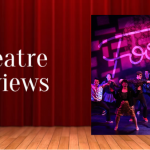 The persistent fun of Footloose!Play Reviews