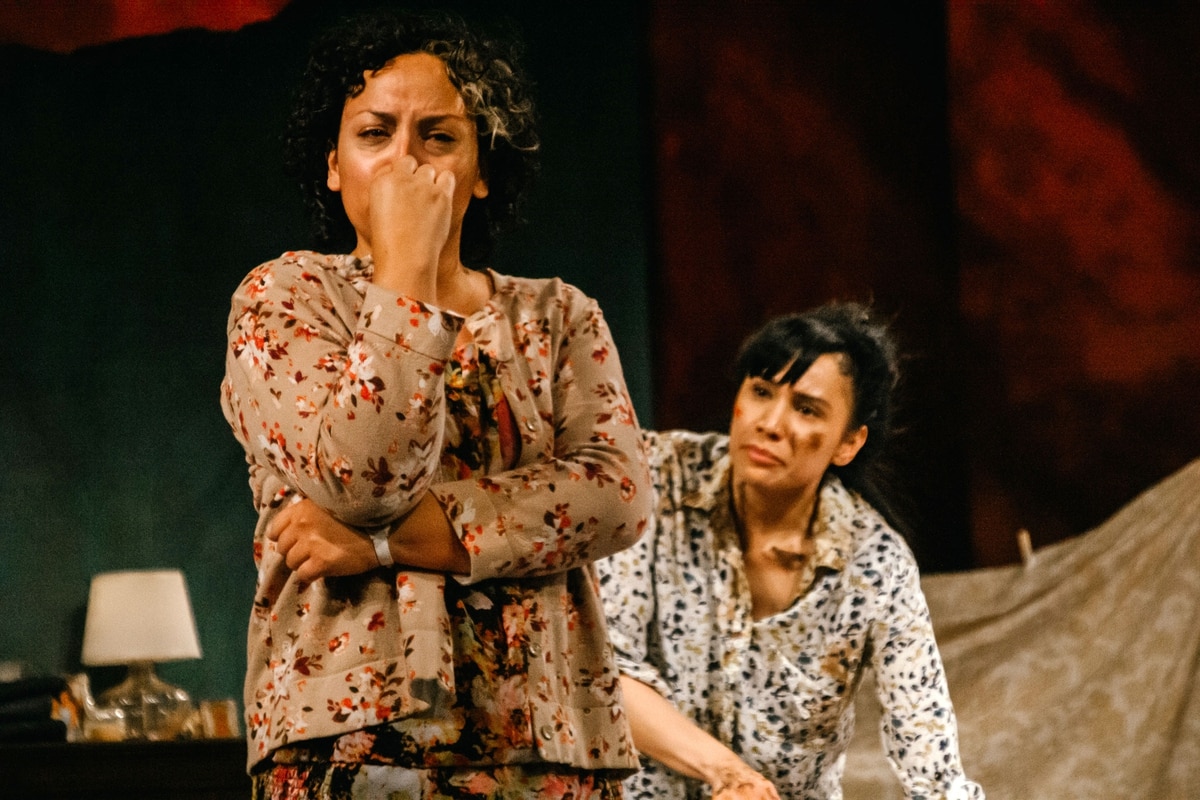 La Ruta, in Spanish, means “the route”. In Isaac Gomez‘s new play La Ruta, it could well mean “the road to Hell”. For the residents of Ciudad Juarez, a Mexican border town and sister city to El Paso, la ruta is the bus route traveled by women, often in the dark, on the way home from their 12-hour shifts at U.S.-owned factories just south of the border.

Since 1993, epidemic numbers of young women have disappeared along this route–so many that it has been called femicide. Their bodies turn up later, many unidentifiable, grave sites marked only by the word desconocida. The violence against young women continues and the mystery of who is behind it remains unsolved. La Ruta, currently staged by Artists Repertory Theatre’s ART ON TOUR, is Gomez’s tribute the missing and dead women. To date, up to a thousand women have disappeared. 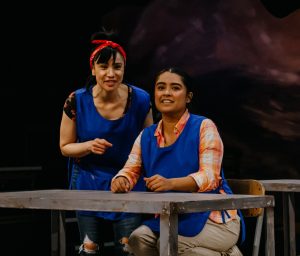 Directed by Artists Rep Artistic Director Damaso Rodriguez, the play is based on testimonies from the mothers of missing girls. It opens as Yolanda (Cristi Miles) waits for the bus that will bring her daughter Brenda (Marissa Sanchez) home from her new job. Waiting with her is Marisela (Diana Burbano), whose daughter Rubi went missing two years ago. When Brenda fails to arrive, Yolanda goes into denial. Her daughter’s a good girl, she says. She’ll be home soon.

Through a series of flashbacks, we learn about Brenda, a naïve, sweet, and friendly girl who is grateful to have a job. She’s befriended by the bold and sassy Ivonne (Naiya Amilcar), who helps Brenda with her makeup and talks to her about boys. Zaide (Patricia Alvitez), another co-worker, is less impressed with Ivonne’s behavior and the working conditions. In the background is Desamaya (Fabi Reyna), who plays guitar and sings lovely, haunting, traditional songs. 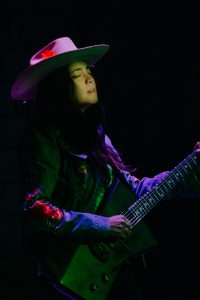 “Isaac Gomez has not written ‘characters,’ he made a lens through which we meet real women confronting real evils. This play shows us the hellish depravity, as well as the astounding strength, grace, and clarity that humans are capable of,” says dramaturg Luan Schooler.

La Ruta reflects not only the playwright’s aptitude for research, but also an ear for the voices of the unheard. It is a significant work that joins the canon outstanding works from a new generation of fierce young playwrights. It transcends the headlines to bring us close and personal with those who suffer from these unspeakable tragedies and the forces behind them.

Since the Artists Rep building is under construction for the next two seasons, the venue for this production is Portland Opera, 211 SE Caruthers Street, Portland, OR 97214. La Ruta runs through December 1. 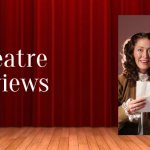